Why Employers Should Hire 50+ Workers

​Adults aged 65 or older are a rapidly expanding segment of the US population, and they are projected to make up approximately 22% of the US workforce by 2022   Older workers are a valuable addition to the workplace because they are on average just as productive as, are more careful and emotionally stable than, and have lower rates of absenteeism than their younger counterparts.

Health status varies greatly across socio-demographic groups of older adults. Employed older adults tend to be healthier, both mentally and physically, than their nonworking peers

A study in the journal Preventing Chronic Disease finds that working in one's 60s and 70s is associated with better physical and mental health. When data was analyzed from more than 85,000 adults age 65 and older. (The mean age was around 75.), in general, those who kept working were nearly three times as likely to report being in good health than those who had retired.  The study found that all types of workers reported better mental health, compared with those who were retired or unemployed.
​The charts below show why consideration should be given to hiring 50+ workers as they are more engaged and more highly motivated than younger workers. 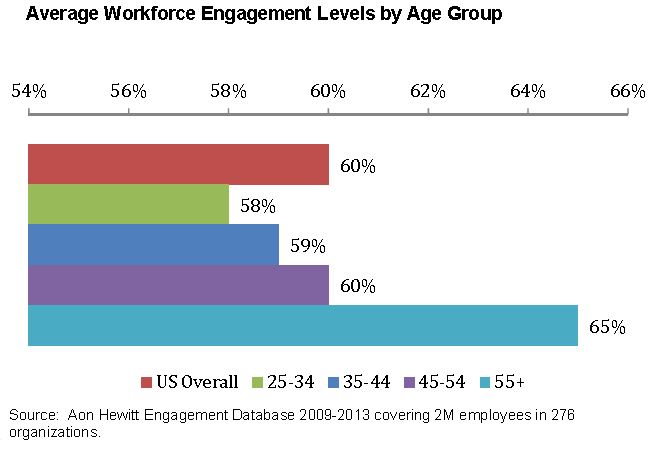 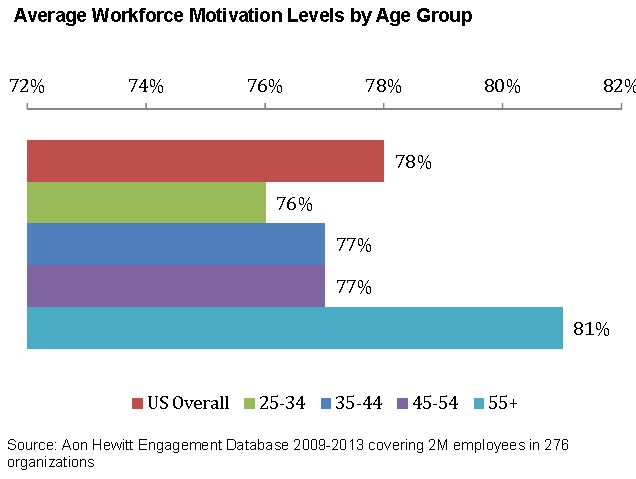